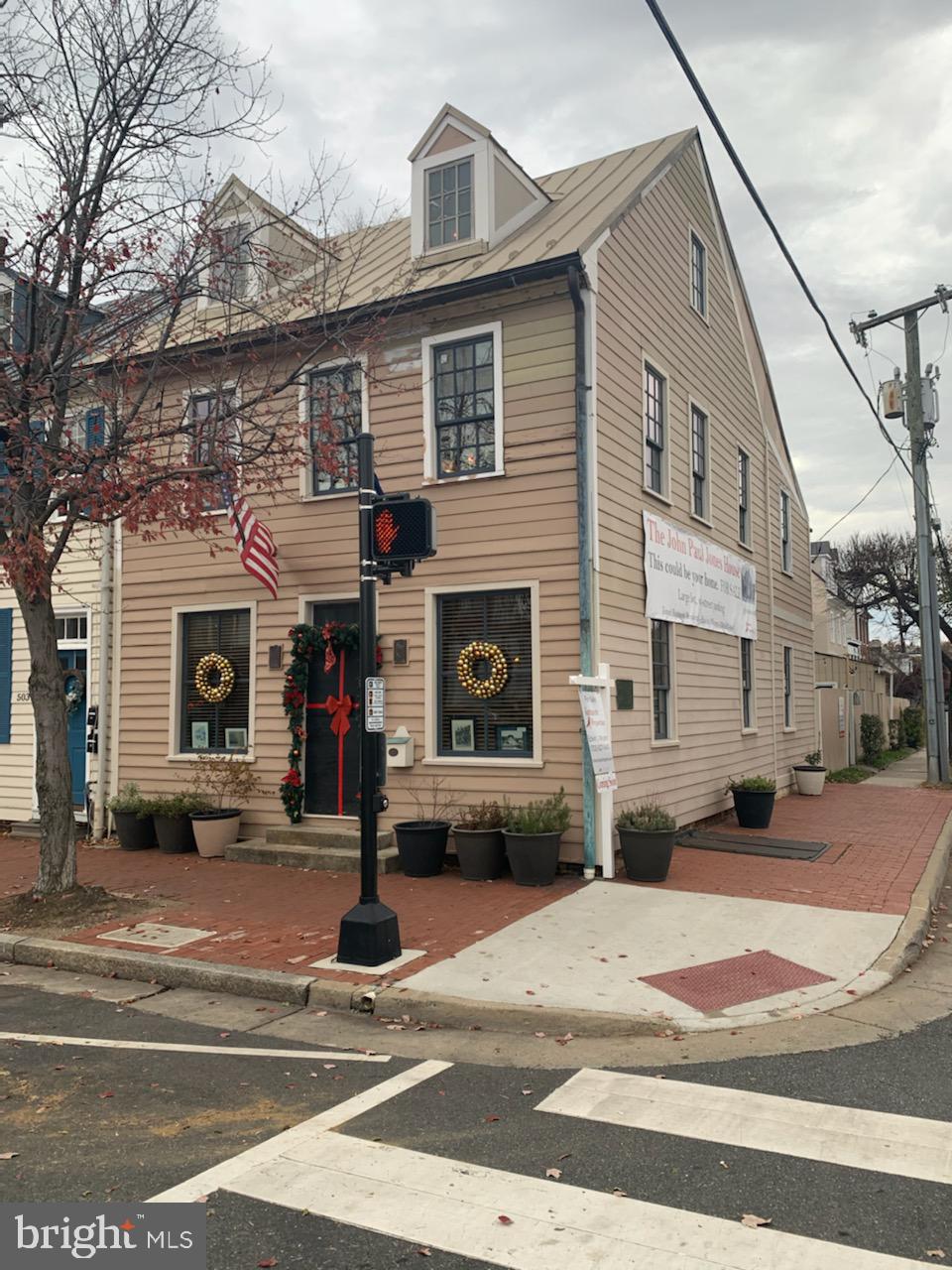 View Photo Gallery (16)
501 CAROLINE STREET,
FREDERICKSBURG, Virginia VA22401-6013
Listing IDVAFB116070
Price$529,900
Price/SqFt$299.04
StatusACTIVE
Bedrooms2
Total Baths2
Full Baths1
Partial Baths1
SqFt 1,772
Acres 0.070
CountyFREDERICKSBURG CITY
SubdivisionFREDERICKSBURG CITY
Year Built1758
Property TypeResidential
Property Sub TypeEnd of Row/Townhouse
The John Paul Jones House, located across the street from the VRE/Amtrak Rail Station in Historic Fredericksburg, VA, is now available for sale. The home built circa 1758 by original owners Thomas and Jane Blanton, soon became a tailor shop and home to the William Paul family, brother of John PaulJones, the father of the American Navy. The celebrated and revered Admiral Jones visited his brother William often during his Navy career and finally, after William~s death, settled his brother~s will while living in the home. In 1941, the Daughters of the American Revolution held a dedication ceremony and installed a plaque marking the home as the only house in America lived in by John Paul Jones. Over the years, the house has also served many other purposes including a Safeway grocery store, a bakery, and a lighting shop. The current owners began restoring the house in 2002 and have made many infrastructure upgrades on plumbing and electrical to bring it to modern standards. The owners have reconstructed most walls, installed all new windows, and central heat and air. The status of the project offers a unique opportunity for new owners to put their own spin on many of the cosmetic upgrades that still need to be made. The house is a total of 2,400 square feet on three levels. Level one now features a kitchen and bathroom with granite countertops, a tankless water heater, and a whole house water filtration system. Level two features a master suite with two large walk-in closets and a den and sitting room and a master bathroom that still needs to be upgraded. Level three has been gutted and is an opportunity for a new owner to totally define the space. The outside attributes include a large courtyard with shed enclosed by a tall fencing and two off-street parking spaces with an opportunity to build a garage. Plenty of use options: ~ Zoned residential, commercial ~ Walk one minute to VRE, restaurants, city events/music. Viewing of the property is by appointment only.

© 2020 Bright MLS. All rights reserved. Information Deemed Reliable, but Not Guaranteed. Listing information is from various brokers who participate in IDX and not all listings may be visible on the site. The property information being provided is for consumers personal, non-commercial use and may not be used for any purpose other than to identify prospective properties consumers may be interested in purchasing. Listing courtesy of Samson Properties. Data last updated on Friday, January 24th, 2020 10:22:06 AM.

Search homes with us

Listing updates sent to your inbox

What is your home worth?

Login to save listings and searches

Sign up for a FREE Listing Manager account to save your favorites, get email updates on properties, and more.

We provide real results to our clients! Our clients never have to ask us the question, “what have you done for me lately?” That is because we keep them updated as to what is happening in their real estate transaction and guide them through the process. Our clients enjoy the benefits of working with experienced Realtors. Our Real estate Agency combines personal […]

For All Your Real Estate Needs!

OR fill out this form: